Never before in the history of human migration have so many refugee crises in different parts of the world occur simultaneously. Including the displacement of millions of Venezuelans, Syrians and Yemenis fleeing their war-torn country, African migrants crossing the perilous waters of the Mediterranean Sea for safe haven in Europe, the world is awash with one refugee crisis after another.

In addition to these multi-national crises, smaller and more isolated refugee crises occur including those in Bangladesh and Myanmar. Political unrest is the primary reason people seek asylum in other parts of the world, but that’s not it.  Natural disasters like wars and famine exacerbated by population growth are just a couple more reasons that people seek asylum.

With the current rise in terror, countries such as the U.S. are wary of who they let through their borders. The Immigration and Nationality Act is the current law that governs and directs immigration in the United States. Every year, the President of the U.S. and Congress determine the number of refugees to be allowed into the United States that year.

The terror attack of September 11th, 2001 caused the United States to dramatically reduce the number of refugees entering each year because of national security concerns. The number of accepting refugees each year is a complex calculation relating to economics and international relations, but it’s clear that racism and unfounded paranoia play a part in the dwindling numbers.

Here at Epimonia, we believe it’s important to stay educated on the political crises occurring all over the world instead of turning a blind eye to everywhere outside of the United States. It’s important to use global political power and financial ability to practice compassion. With this in mind, here’s a guide with the basics on how your positive contributions can minimize the growing tragedy of the refugee crisis. 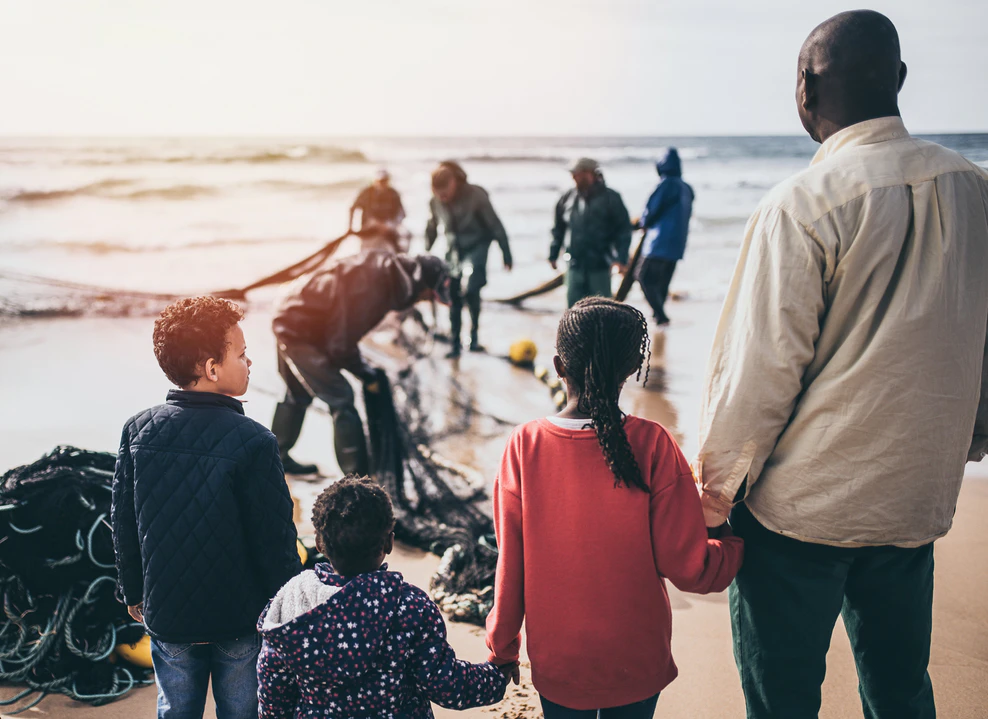 Who is a refugee?

These threatening conditions can relate to persecution as a result of one’s religion, race, political opinion, national origin or membership in a given social group.

When refugees are applying for asylum, they often do so in a transition country away from their homeland. Anyone looking to help sponsor a refugee to the U.S. needs to know the criteria of admission. It’s often based on several factors such as the degree of peril they are in and whether they are part of a group that concerns the US. That means that U.S. foreign allies are given priority.

It’s worth noting that groups of concern keep changing as they are determined by Congress and sitting American presidents depending on the U.S. government’s current policies and priorities.

And sadly, it's set to go even lower as President Trump declared that the refugee annual cap for the fiscal year 2020 is set for 18,000 refugees only.

How you can help sponsor refugees

Canada's model of sponsoring refugees allows Canadian individuals to sponsor a refugee without any family connection to them. Individuals basically adopt a refugee family and provide support for them as they try to get back on their feet through their help.

Countries such as Australia and New Zealand have followed Canada's path in coming up with a similar refugee sponsoring program.

How can private citizens sponsor a refugee In the U.S.? 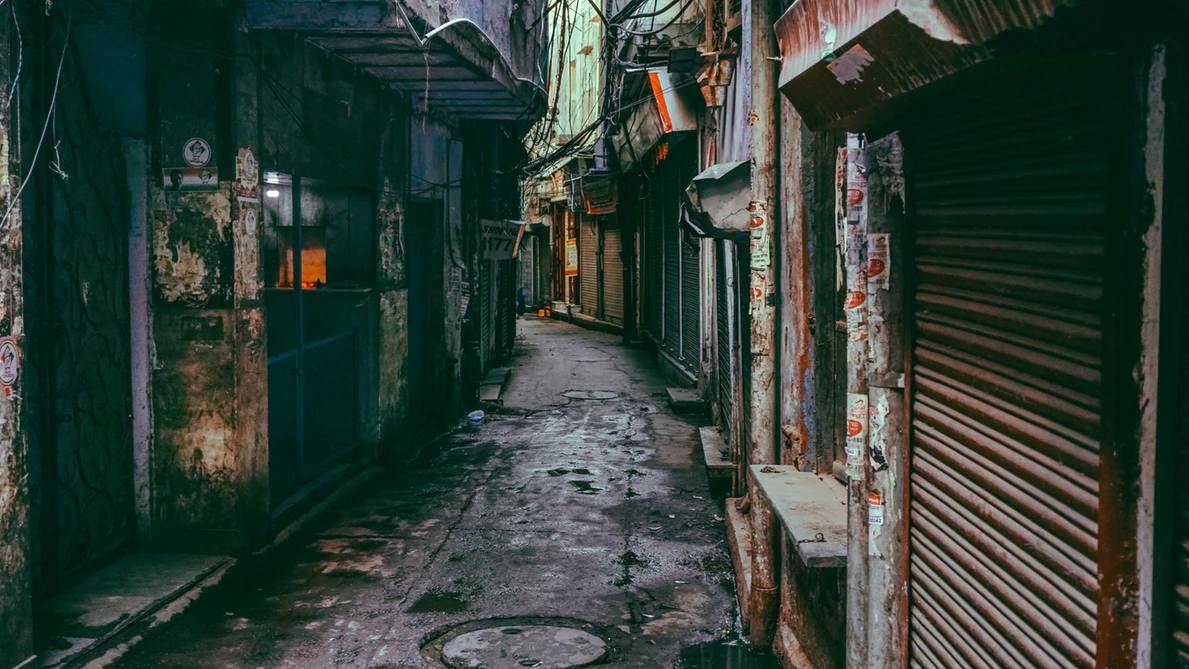 Unfortunately, in the US, sponsoring a refugee is not the same as in the countries mentioned above. During the Vietnam War, direct sponsorship was available for South Vietnamese and others seeking asylum, but this is no longer an option. You cannot directly sponsor refugees anymore, but you can still help.

The other way one can help other than donating to charitable organizations that are tasked with the help of refugees is by volunteering to help within such organizations and within the parameters of those organizations. Companies like Epimonia make products and donate some of their proceeds to organizations focused on refugee wellbeing.

An example of such an agency that handles refugees re-settlement on behalf of the federal government is the Committee of Refugees and Immigrants.

Asylum seekers who have been fortunate to make it to the United States will find that the U.S. immigration law has no cap as to the number of persons who can be granted asylum. There are also no specified categories as to who may seek asylum in the US. But a common denominator is that authorities will use the same qualification criteria for refugees to determining the genuineness for an individual’s asylum plea.

Asylum can be applied for at any point of entry if one is already in the US.

As much as one may be tempted to think that the American refugee program is not as hospitable as other countries, the U.S. being of a larger population has taken in significantly more refugees than Canada (with the lone exception of Canada having resettled more refugees of the Syrian crisis through their refugee re settlement model). But compared to its own history, the United States is less generous than it used to be.

It is worth pointing out that selected cities in Germany and Argentina have a similar model to Canada's by allowing Syrian families to adopt other Syrian refugees.

The cry from most church-based and other non-profit organizations is for the government to allow such a program that allows willing private citizens to adopt refugees and asylees and contribute towards their resettlement process. 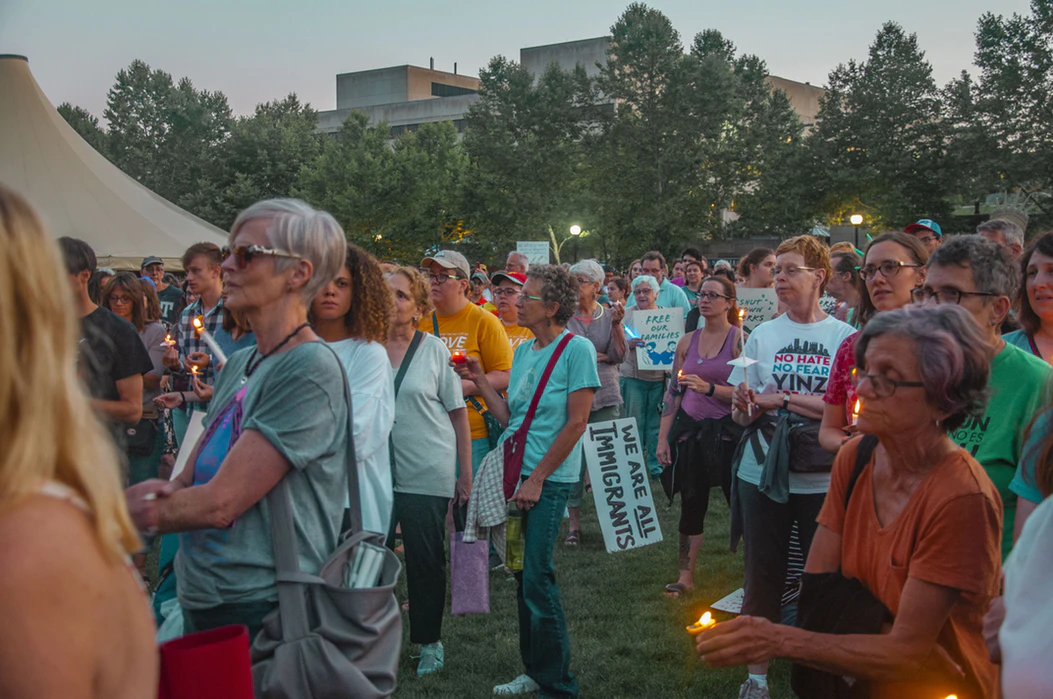 With the current government administration in the U.S. and its impact on public opinion, it’s unlikely that adopting anything close to Canada's refugee resettlement model is an option. A clear indicator is the dwindling numbers of the refugees numbers that the U.S. President and Congress are willing to allow into the country.

And while the U.S. government may have its reasons, the fact is that we are at a point in history where the turbulence in the world has spawned an unprecedented number of refugees and asylees. The World Relief Program puts the number of displaced persons as a result of war, famine and extreme poverty at 68 million people.

Still, countries like Australia, New Zealand, Canada and Germany continue to trailblaze with a ready and willingness to contribute more than their fair share in helping out.

An easy step to start helping refugees in the United States is to carefully research companies involved with charitable giving, like Epimonia. We offer products symbolic of the refugee plight like the Embracelet, and also contribute funds to organizations that help refugees. In this time, even a little bit goes a long way.

Related: What Is the Difference Between a Refugee and an Immigrant?